Accueil › Actualités › By Sarita and Pratikcha: Progress report on Dhading

By Sarita and Pratikcha: Progress report on Dhading

Pratikcha and I went to Dhading on January 18 early in the morning. Rajendra could not come with us as he had exams. Since we didn’t know the whereabouts of the school, it took us a long time to get there.

On the way to Dhading

We finally reached the school in the afternoon.

There, we met the Principal of the school, the teachers and all the SEA-sponsored kids, except Regina TAMANG, who had stopped going to school for a month (see below).

We had a chat with all and collected their school results for the 2nd term’s results, which are as follows: 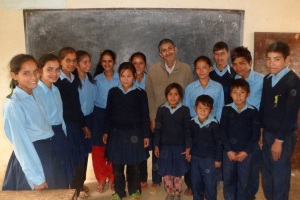 The SEA kids in Shree Liti School, with the principal

Compared to their 1st term, the school results have generally improved markedly, except for Ram Maya MIJAR, whose performance score fell from 92% to 76%,

and Ram Kumar THAPA, whose score declined slightly, from 66% to 64%. 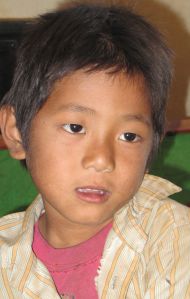 Both of them are in grade 1, and it seems that their lesser performance is due to a higher work load in the 2nd quarter than in the 1st one.

Particularly noticeable is the excellent performance of Phool Maya TAMANG, whose score came in at a 76%, up from 62% for the 1st term. This is all due to her hard-work. 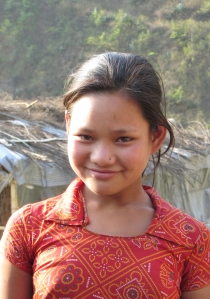 Susmita ADHIKARI, Manaka ARYAL and Roshan ARYAL also showed good performance, with scores up to respectively 67%, 63% and 62%, from respectively 54%, 47% and 43%. Akansha ARYAL remains the topper student of the group (but not by far) with a score of 70%.

The other students remain generally weak.

The main problem, however, was with Regina TAMANG, who had been absent from school (and the hostel) for a month, owing to her father’s pressures.

The Principal of the school told us that Regina’s father believes that educating his daughter is a waste of money. He wants her to earn income for the family and do the household chores, as there is no one to cook and look after the home. He works as a labour and is often absent from home for 2-3 consecutive days. He wants SEA to sponsor his son, instead of his daughter. His son, Deepak, is a good student who stands first in his class. His score came in at a 73% in the first term and 72% in the second term. The teacher confirmed that he is a deserving kid worthy of assistance. 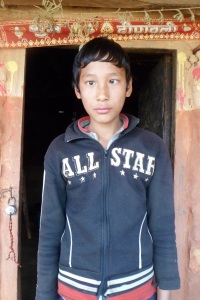 We asked the Principal whether he would be willing to take us to Regina’s house, and he agreed. So, on Saturday, early in the morning, the 3 of us, along with one of the school’s teacher, went to Regina’s home. It was a very long walk…. It took us 4 hours to get there!

Deepak with his grand-father

When we finally arrived, the father was at home as well as Regina. We sat down and had a long talk. We told the father that it would be a great pity if Regina were to drop out from school now since she is so close to taking the SLC (School Leaving Certificate)—held in March.

According to Regina, however, she won’t be able to pass the SLC this year, as she had been missing too much school. We told her that she could repeat grade 10, as it would be such a waste to have come so far in her education only to abandon at the last moment and forego the SLC certificate.

In the end, we managed to convince the father and we brought Regina back to the school hostel.

On the way, Regina told us that her father beats her without any reason when he comes back home drunk. 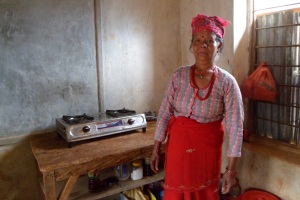 Cook and Kitchen in Dhading

Otherwise, the school hostel seems a bit dirty, and there were other class-10 students in the hostel for their SLC preparation. So the students were sleeping 2 or 3 per bed [as a reminder, SEA has bought 4 bunker beds for the 8 kids it sponsors in the hostel]. One bed was occupied by the kitchen staff. The kitchen was mostly vacant with only a gas stove and some utensils. I asked the students how often they were getting food and they said 3 times a day. For food, they only get rice, daal and curry (no meat, no fruits, no milk).

Since December 1st, SEA has hired one of the school’s teachers to give tuitions (in math, English and science) to the grade-10 sponsored students for 2 hours per day. The students said that it was very useful. But what struck us are the long hours of study that these students are facing. The school wakes them up at 5 am for the morning studying and it makes them to study after school classes till 12 pm at night! We wonder how they can concentrate for some 19 hours… The Principal says that this is necessary for them to score good marks at the SLC.

Overall, progress was mixed. The hostel is functioning, but we feel that there is scope for improvement, especially regarding providing the kids with a variety of nutritious foods.

Moreover, having 2-3 students sharing the same bed (including students not sponsored by SEA) might not be suitable, except possibly during a very short period of time under exceptional circumstances (like for SLC preparation). Finally, despite improvement, the students’ school results remain generally lacklustre.