- For US Donators :
To SEA-USA
c/o Christiane MIchels
80A Nichols Road
Cohasset
MA 02025

Sunmaya and Junmaya Tamang, by Shankar, May 2019

Based on the recommendation below from Shanker, SEA has offered a sponsorship as day-scholars to these 2 girls starting May 2019. They now both live with their aunt & uncle in Katmandu.

Sunmaya and Junmaya – two sisters of respectively 16 and 18 years old – who have always been praised by their teachers as ones of the most promising students of Gunsa, finally have a chance to do something in their life thanks to SEA.

The small village of Gunsa

Gunsa is a small village in the Sindhupalchok district in Nepal where the children have big dreams and hope but lack the resources to move forward. The resources could be guidance and financial support. They don’t have enough money to do further studies as the people of Gunsa indulge themselves in agriculture and the great majority of them live in poverty or extreme poverty. So, it is very difficult to find students who can only have the concept of doing higher studies.

If you ask any student in the school about their plans for the future, they will either be clueless, or they will want to go abroad to earn money. The girls in the village get married early in their life and they settle down with their babies. Their dreams are likely to be crushed because of the conditions of the village.

Dhan mane Tamang is one of the luckiest father in the village because his daughters are different from others. He has four daughters. The eldest one is married. The youngest one, a very bright student too, is currently in grade 8 and the other ones are Junmaya and Sunmaya. He is 52 years old. He earns his living by building houses in the village. His wife, Maile Tamang, is a farmer and a house wife. She is 41 years old. The father wants their daughters to study further but due to the lack of financial resources he cannot afford it.

I have been an English teacher in a Nepali-medium government school at Gunsa since April 2018. Sunmaya Tamang (16 years old) was my student last year. From the group of students I have been familiar with, she stands out not only because she is such a bright and hard-working student but also because she is very keen to study further to expand her opportunities in life.

She gave the 10th exams (i.e. the School Leaving Certificate, SLC) last April, and we are now waiting for the results. She has a sharp mind and captures the lessons very fast. She always comes first in the class. Her behaviour is also appreciated by the whole school and she was always the first choice in all the competitions the school participated in. She is interested in sports and is good at it as well.

I have always heard good reviews about her from all the teachers, which is also why I trust her fully. The whole school team is expecting a lot from her but that is also a burden for her because she doesn’t take the pressure very well. The school team was very happy when I told them that Sunmaya might get a chance to do higher studies. She wants to be a nurse as of now. She wants to study science for the next two years.

Her main difficulty is English. She always says that English is very difficult for her, which is understandable since she has done her studies in a Nepali medium school throughout her life.

I don’t know very well Junmaya Tamang (18 years old) because I have never been her teacher. But, looking at her academic record and the reviews of her teachers, she was the gem of the school. 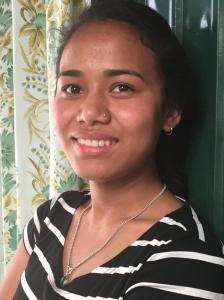 Junmaya completed her 10th with a B grade and her 11th with a B+, which is outstanding given the fact that like her sister she has only studied in a government school where subjects are taught in Nepali. She gave her 12th exams (the equivalent of the French baccalauréat) in May and the results are yet to come. She is 18 years old.

She studied business management in grade 12. She doesn’t have much idea about her future plans as she doesn’t know what is available in the market and what is the best course for her. She is currently teaching primary grade students in our school but she will stop soon. She wants to learn English to explore her options.

I have talked to her in the school and she seems very innocent. She is not as outspoken as her younger sister but she speaks when it is needed. She was able to complete her 12th thanks to a scholarship from an organization called HELP which is quite famous in the village. But this organization does not provide support beyond grade 12. 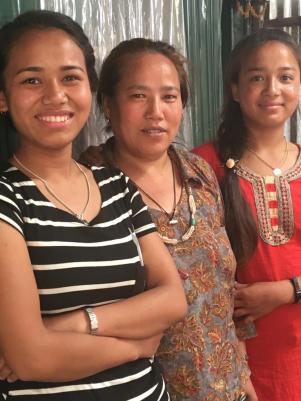 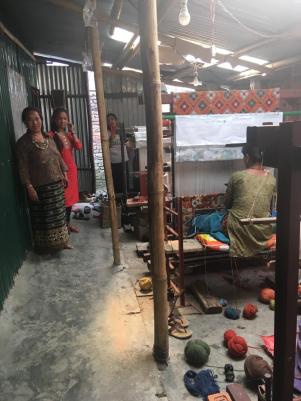