By Rajindra: Report on HCA children

Suman was enrolled in the school’s extra tuition class in August. He works hard, and teachers hope that he will get better results at his second-term exams. He is engaged in the school’s extracurricular activities, which means that he has friends and is adapting to his new environment. At home, he has only his mother (his father is gone). She has a small street business, and looks after the family. His elder brother, who is 19 years old, works as a bus conductor. 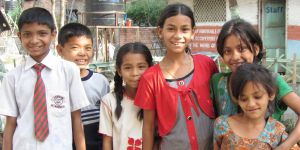 Samjhana has improved since she joined HCA, thanks to personal effort. Nowadays, she is actively participating in the class’ activities as well as in other extracurricular activities. School’s teachers like her. She has both of her parents. Her mother has a small street shop and her father works. They don’t seem to be particularly financially ill. I asked them about their household problems, and they said that they were quite fine. Compared to our other children this family seems to be okay. 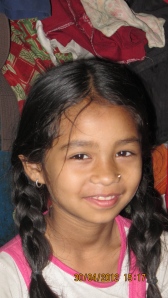 Usha works hard and is appreciated by everyone. If she continues to work hard like that, teachers expect her to come first in the class. She doesn’t seem to have any problem of any sort at school. She has many friends and is actively participating in all school activities. Her mother told me that she needed glasses – I’ll bring her to an ophthalmologist soon. Her mother and her elder brother are the sources of family income. Her father works in Qatar, where he has petty jobs, but he has a large debt to pay back, so he cannot send money to his family.

Laxman has shown satisfactory improvement compared to his first-term, but there remains large scope for further improvement. He continues to frequently miss classes. Teacher suggests that we should give him private tuitions, along with positive guidance, and there would be a chance that he could progress vigorously. In fact, there are lots of problems in his home. His mother is the only source of income of the family, as his father left them. 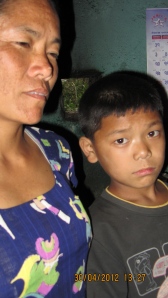 Laxman and his mother

She has unskilled jobs, like carrying bricks, cements, etc., but she is suffering from serious stomach problems, which prevents her from working every day. So they are really financially destitute. Additionally, due to water problems in the room that they rent, Laxman has to go out every week for a day to draw water, which means that he has to miss one day of class every week. Finally, he suffers from frequent headaches, which seems to have been the case since he was a small child. So he has lots of problems, and if his situation at home is not changed, his margin for improvement at school seems to be heavily constrained.

Although Binisha was moved in UKG from grade 2 in August, her teacher still complained about her work.

She said that Binisha doesn’t know even the basics like ABCD. I was shocked to hear that, because I had got a positive feedback from Kiran Sir and the HCA coordinator. Her class teacher told me that she shows no learning attitude in the class. But yet she managed to complete the UKG course, because she knows how to copy. 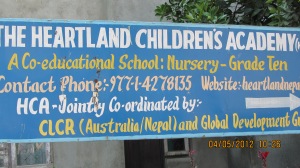