Finally a Master!!! by Shanker

It is hard for a normal person to believe that a kid who had absolutely nothing has actually become someone with an identity in his early 20’s. Normally, these kinds of stories exist only in the movies and if it happens in the real world it happens to the very lucky ones. I am among the very lucky few.

Hello, my name is Shanker Pudasaini from Kathmandu, a small city which also happens to be the capital city of Nepal. The city is filled with dreams for many Nepalese, but for some people, it is a city that cries for help. Amongst these cries, one of them is for feeding street kids. I come from a family that consists of a father, four brothers, one sister, and a nephew. For a person without any educational background like my father, raising two kids would already be an excellent achievement but that seemed very far from being a success. My father used to be a hard-working person according to what I remember from my childhood, but that wouldn’t be enough given the burden he had to carry. It was already difficult for him to raise one kid but we were five. Even he wouldn’t have imagined in his wildest dream that his sons and his grandson would be successful one day. My father, a very down-to-earth person who is loved by almost everyone in the society, walks proudly today because of what his sons have achieved today. If you ask him the reason for this beautiful ending his lips utter a single name Marie Helene Duprat (Mom). The funny thing is that even he addresses Mom as Mummy. 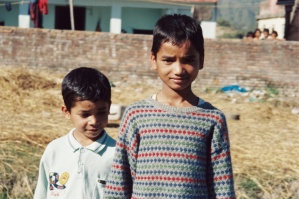 It is very difficult to describe in words about how much my family owes to SEA. To start with, let me tell you that my eldest brother Bal Krishna Pudasaini was one of the first kids sponsored by SEA. Hence, the legacy started. Then, my other two brothers along with me were sponsored and after a few years my dearest nephew was also amongst the luckiest ones. This kind of generosity and kindness is very rare to find and that level of commitment is absolutely insane. We were all sent to one of the best schools and colleges in Nepal. Mom always tried her best to provide us with the best food with proper shelter and education. We were all treated as her family members since our needs were fulfilled by her. I would like to share an instance with the readers: after I completed my 10th standard in Nepal I was told that there was a huge chance of me going to India for completing under graduation if I did well in 12th standard. I even travelled to India for the first time with Mom after completing my school. I was so thrilled to know that I would be studying in one of the best colleges in India. I wasn’t even asking for it and she provided me with this wonderful opportunity. I can’t even imagine that I have completed my master’s degree at a very young age.

Frankly speaking, I couldn’t understand the value of her generosity even after the completion of under graduation. I couldn’t think beyond what she was doing for us until the time I could reveal my identity to the world. I went into many job interviews and when I found one that’s when I realized what Mom had given to me for my entire life. Slowly my eyes started to open, I began to analyze and compare myself with the rest of the kids – the best education that only one can dream of and the best health that one can have along with many other things.

SEA provided me education until I completed under graduation and my brother Shri financed me for the Master’s degree at Christ University, one of the best universities in Bangalore. Again, SEA also sponsored my brother till he finished his engineering.  Currently, I am working in a start-up company named Bulldog Global Financial Services in Bangalore. 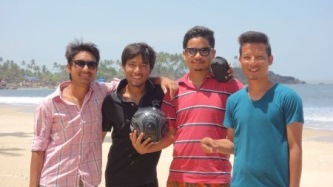 What SEA can expect from me?

SEA has sponsored me without expecting anything from me and now I feel it is my responsibility to give back whatever I have got. I was taking time to understand these values but the sponsored kids like me should just sit and think and ask themselves a simple question: ‘where would I be now if SEA didn’t exist?’. A deeper thought to this question will clear all the doubts that one might have. It is easy to escape from the truth but very difficult to face it. So, I will help SEA financially with whatever I can. I will also try my best to instill the SEA’s contribution towards us in the minds of upcoming kids.  It is also my dream to see all the kids being self-reliant and growing the SEA family. I will try my best to make SEA proud of what they have been doing for the destitute kids in Nepal.

Finally, I would like to congratulate all the members of the SEA family on completing over 25 years. I hope we can grow further to create a history and have something worthy that we can remember at the time of our death. I would like to thank Mom and all the sponsors who have helped us to achieve our dreams for the past 25 years and still counting. Things have been a little tight in these last few years but I will assure you that everything will fall in place because I hope all the seniors will understand and make contribution towards SEA by showing love, compassion and desire to help SEA.

« 25 Years Later: The Law of the Harvest. By Marie-Hélène
From Ashes (Kharani), to Aashaa (Hope), to Ananda (Extreme Happiness) by Rajindra »